Vertical Aerospace and Molicel partner to power the VX4 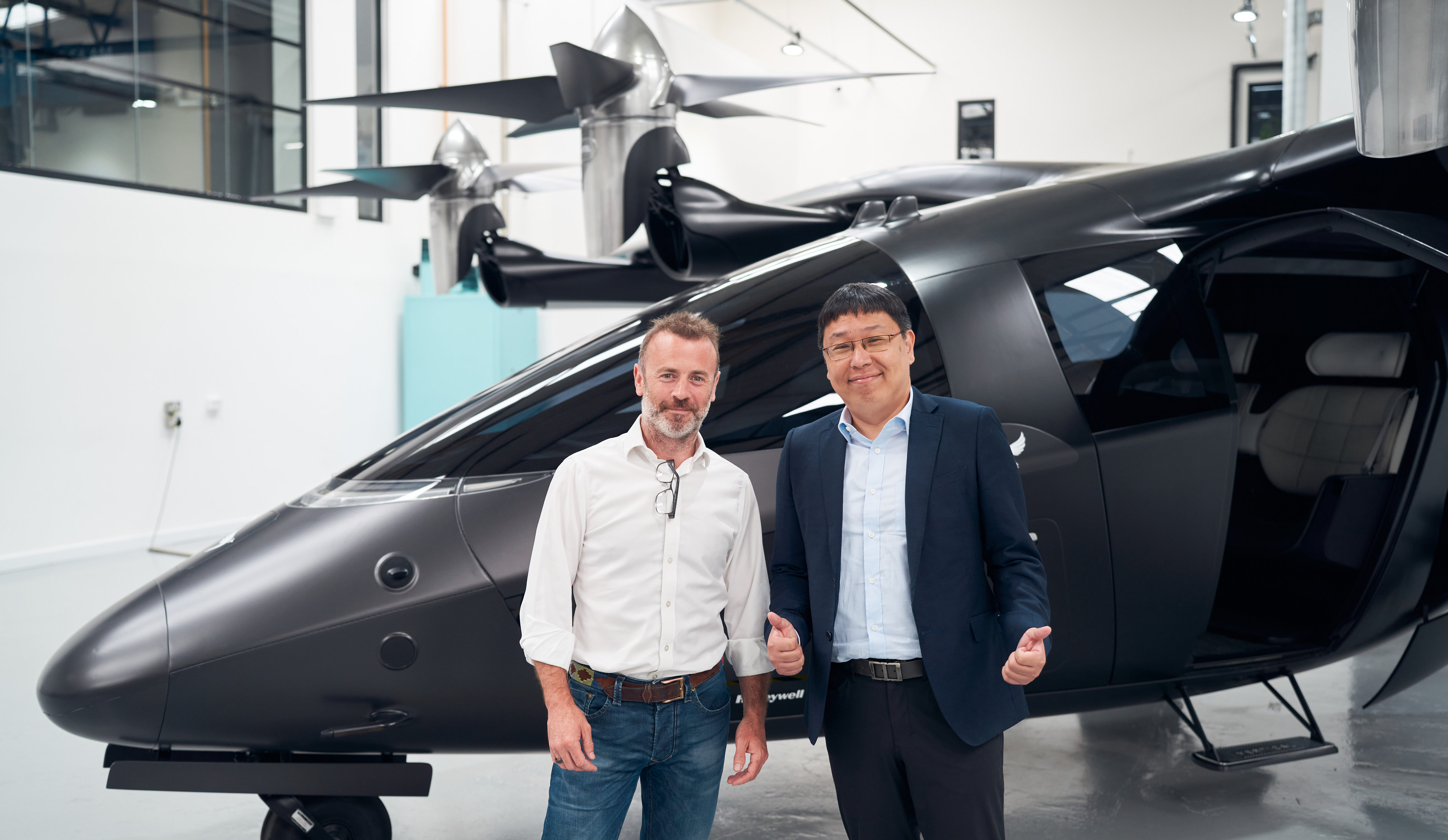 With today’s announcement, Vertical has now secured the supply of market leading battery cells to develop the VX4 through to certification and entry into service, working with Molicel to increase supply as the VX4 is brought into mass production. Vertical reviewed the capabilities of dozens of cell manufacturers before selecting Molicel as its battery partner as it believes Molicel is uniquely placed to meet the performance and safety requirements of the VX4 and to  continue to deliver innovation and improved performance over time.

With more than 40 years’ experience in energy research and development, Molicel has established itself as one of the world’s leading supplier of high-power battery cells. Specialising in high power, low impedance and fast charge, Molicel deliberately focuses on demanding, high-performance applications of its batteries, with its technology already in use across space, advanced automotive and power tool applications. Partners include NASA and William’s Advanced Engineering.

Battery cells, and the wider battery system, are critical components for the safety, performance and economics of the VX4.

Vertical and Molicel have established a joint working group to ensure the battery cells result in a system for the VX4 that is a safe, reliable and high-performance. The battery system will be certified concurrently with the European Union’s Aviation Safety Agency (EASA) and the UK’s Civil Aviation Authority (CAA) with Vertical targeting 2025 for entry into service.

In addition to their existing production annual capacity (1.6GWh), in Taipei, Molicel will open their second Gigafactory in Kaoshiung, Taiwan in 2023 (2GWh). The advanced manufacturing technology at these new plants will not only enable mass production of cells for Vertical Aerospace, but its cell traceability approach will guarantee the consistency and quality required to meet aerospace standards.

Stephen Fitzpatrick, Founder & CEO, Vertical Aerospace said  “The future of electric aviation is dependent on safe, high-performance battery systems and fundamental to this is the battery cells themselves. That’s why I am delighted to be partnering with Molicel, producer of the world’s highest power cells. Molicel has a rich history of innovation and pushing the boundaries of what’s possible in energy storage. We see many similarities between ourselves and Molicel and we couldn’t think of a better partner to bring the VX4 to market.”

Dr Limhi Somerville, Head of Battery, Vertical Aerospace said “It has been a privilege to work alongside the excellent Molicel team in testing, evaluating and analysing their lithium-ion cells. Both here and in Taiwan. Through years of development their low resistance, high-power cells give us additional weight saving, charging and safety opportunities for the VX4 with minimal compromise to energy and lifetime. We look forward to working with them for many years to come in enabling certified propulsion battery systems in aerospace.”

Casey Shiue, President, E-One Moli Energy Corp (Molicel) said “We have long been known as the pioneers of high power, low impedance, fast charge battery cell technology and have vast experience across a range of applications. We are on a mission to produce outstanding cells to drive the electric evolution and are very excited to enter this strategic partnership with Vertical Aerospace. We work with some of the best engineers in the world and have been immensely impressed by Vertical’s technical and engineering pedigree. We see our technology is a key enabler of safe and efficient flight, and we look forward to working with Vertical Aerospace to bring their revolutionary VX4 aircraft to the skies.”

Vertical Aerospace is a leading British electric vertical takeoff and landing (“eVTOL”) manufacturer pioneering the transition to carbon free aviation, focused on designing, manufacturing and selling one of the world’s best zero operating emission eVTOL aircraft for use in the advanced air mobility (“AAM”) market, using the most cutting-edge technology from the aerospace, automotive and energy industries. Since its inception in 2016, Vertical has focused on building one of the most experienced and senior teams in the eVTOL industry, who between them have decades of engineering experience and have certified and supported over 30 different civil and military aircraft and propulsion systems.

Vertical’s top-tier partner ecosystem is expected to support operational execution and Vertical believes its pathway to certification will allow for a lean cost structure and enable production at scale. Vertical has received conditional pre-orders for a total of up to 1,350 aircraft from American Airlines, Avolon, Bristow and Iberojet, which includes conditional pre-order options from Virgin Atlantic and Marubeni, and in doing so, is creating multiple potential near term and actionable routes to market.

Vertical’s ordinary shares and warrants commenced trading on the NYSE in December 2021 under the tickers “EVTL” and “EVTLW,” respectively. Find out more: vertical-aerospace.com About the VX4 eVTOL Aircraft

The VX4 is projected to be capable of transporting a pilot and up to four passengers, traveling distances of over 100 miles, and achieving top speeds of over 200 miles per hour, while producing minimal noise and zero operating emissions. The VX4 is expected to open up advanced air mobility to a whole new range of passengers and transform how we travel.

With over 40 years’ rechargeable lithium-ion knowhow and innovative technology research and development, MOLICEL® is famous for excellent power density product which presents high discharge and fast charge capability balanced with good energy density. The company has been recognized as first choice for world leading makers in applications such as sports car/motorcycle, VTOL, aerospace and heavy-duty tools.

MOLICEL®’s R&D and engineers holds core competences in material research, cell design and advanced manufacturing along with testing capability. These four cornerstones make this medium size but tech-leading cell maker stands in a very competitive position in the market.

MOLICEL® belongs to the energy business of Taiwan Cement Corporation (TCC). TCC is the first listing company in Taiwan stock market. The group has business units in the field of power plant, renewable energy and BESS.

This press release contains forward-looking statements within the meaning of the Private Securities Litigation Reform Act of 1995. Any express or implied statements contained in this press release that are not statements of historical fact may be deemed to be forward-looking statements, including, without limitation, statements regarding the certification and the commercialization of the VX4 and related timelines, the differential strategy compared to its peer group, and the transition towards a net-zero emissions economy, expected financial performance and operational performance for the fiscal year ending December 31, 2022, as well as statements that include the words “expect,” “intend,” “plan,” “believe,” “project,” “forecast,” “estimate,” “may,” “should,” “anticipate,” “will,” “aim,” “potential,” “continue,” “are likely to” and similar statements of a future or forward-looking nature. Forward-looking statements are neither promises nor guarantees, but involve known and unknown risks and uncertainties that could cause actual results to differ materially from those projected, including, without limitation: Vertical’s limited operating history without manufactured non-prototype aircraft or completed eVTOL aircraft customer order; Vertical’s history of losses and the expectation to incur significant expenses and continuing losses for the foreseeable future; the market for eVTOL aircraft being in a relatively early stage; the potential inability of Vertical to produce or launch aircraft in the volumes and on timelines projected; the potential inability of Vertical to obtain the necessary certifications on the timelines projected; any accidents or incidents involving eVTOL aircraft could harm Vertical’s business; Vertical’s dependence on partners and suppliers for the components in its aircraft and for operational needs; the potential that certain of Vertical’s strategic partnerships may not materialize into long-term partnership arrangements; pre-orders Vertical has received for its aircraft are conditional and may be terminated at any time in writing prior to certain specified dates; any potential failure by Vertical to effectively manage its growth; the impact of COVID-19 on Vertical’s business; Vertical has identified material weaknesses in its internal controls over financial reporting and may be unable to remediate the material weaknesses; Vertical’s dependence on our senior management team and other highly skilled personnel; as a foreign private issuer Vertical follows certain home country corporate governance rules, is not subject to U.S. proxy rules and is subject to Exchange Act reporting obligations that, to some extent, are more lenient and less frequent than those of a U.S. domestic public company; and the other important factors discussed under the caption “Risk Factors” in our Annual Report on Form 20-F filed with the U.S. Securities and Exchange Commission (“SEC”) on April 29, 2022, as such factors may be updated from time to time in Vertical’s other filings with the SEC. Any forward-looking statements contained in this press release speak only as of the date hereof and accordingly undue reliance should not be placed on such statements. Vertical disclaims any obligation or undertaking to update or revise any forward-looking statements contained in this press release, whether as a result of new information, future events or otherwise, other than to the extent required by applicable law.